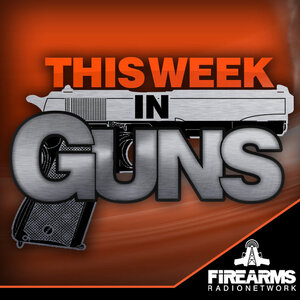 This Week in Guns 402 – “The Talk,” Feelin’ Good about Gun Safety, & Other Wild Happenings

Hello everyone and welcome back to This Week in Guns, brought to you by Patriot Patch Company, VZ Grips, MAF, TacPac, and Primary Arms. This show offers commentary on the latest firearms industry news, information and buzz. I’m your host Matthew Larosiere and I’m here with semi-special co-host Othais from C&Rsenal.

Check out firearmsradio.net/pa for the most up-to-date deal.

Senator Chris Murphy: ‘victory after victory’ is coming for US gun safety

A new poll from Marquette University’s law school released on Wednesday shows 64 percent favor the ruling in New York State Rifle and Pistol Association v. Bruen. On the other hand, 35 percent said they oppose the decision. The poll found a sizeable enthusiasm gap as well. 36 percent of respondents, the largest single share, said they strongly favor the Court’s ruling. Only 16 percent strongly oppose it.

California must continue to defend the state’s bounty bill that allows it to seek attorneys’ fees from parties that challenge firearms legislation inspired by similar Texas legislation on abortion, a federal judge ruled.

French hand over their unlicensed weapons to police

Rifles, handguns, ammunition, even knives and grenades, have been handed in at 300 collection points across France since the start of the Ministry of Interior’s campaign on Nov. 25.

Massachusetts woman among group suing Sig Sauer, saying gun goes off by itself

The lawsuit, filed Wednesday in U.S. federal court in Concord, New Hampshire, says there have been over 100 incidents of the P320 pistol unintentionally discharging when the user believed they did not pull the trigger.

Alexius Deberry was charged with six counts of aggravated assault for shooting at six underaged people.