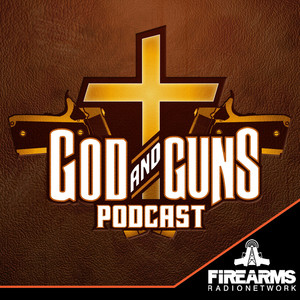 God and Guns 325 – Thanksgiving an Attitude of Gratitude

On this week’s God and Guns Podcast we will be talking about Doug’s recent Pheasant hunt in South Dakota and Thanksgiving an Attitude of Gratitude. We will also have all of the regular Hunting, shooting stories, Bible Discussion, Armed Citizen, and Lame Jokes.

Intro: Welcome back to Episode 325 of the God and Guns Podcast . I’m your host, Troy. (Doug) And I’m your other host Doug. (Troy) We use this podcast to talk about  God, guns, and the responsible Christian gun owners’ interests. On this week’s show we will be talking about Doug’s South Dakota Pheasant Hunting trip and Thanksgiving, an Attitude of Gratitude.

Guns: EDC. Got back this week from a pheasant trip to South Dakota with some friends. Good time and a bucket list item. Limited out 2 days in a row. It was cold. Got good news on monday, my exemption at work was approved. Thank you Lord. We also had an offer accepted on a home we looked at. Now we go through inspection and appraisals etc. Happy Thanksgiving to everyone and be safe if you’re traveling this week to be with family and friends.

Comedy
SOME THANKSGIVING WISDOM
A man in Chicago calls his son in New York the day before Thanksgiving and says,”I hate to ruin your day, but I have to tell you that your mother and I are divorcing; forty-five years of misery is enough.

“Pop, what are you talking about?” the son screams. We can’t stand the sight of each other any longer,” the father says. “We’re sick of each other, and I’m sick of talking about this, so you call your sister in Dallas and tell her.”

Frantic, the son calls his sister, who explodes on the phone. “Like heck they’re getting divorced,” she shouts, “I’ll take care of this,”

She calls Chicago immediately, and screams at her father, “You are NOT getting divorced. Don’t do a single thing until I get there. I’m calling my brother back, and we’ll both be there tomorrow. Until then, don’t do a thing, DO YOU HEAR ME?” and hangs up.

The old man hangs up his phone and turns to his wife. “Okay,” he says, “they’re coming for Thanksgiving and paying their own way.”

Racist Charles Darwin publishes “The Origin of Species, Preservation of favoured races in the struggle for life”. The first printing of 1,250 copies sold out in a single day to eugenists like Margaret Sanger founder of Planned Parenthood started to destroy as many black babies as she could and Bill Gates Parents, oh and Hitler was a Darwin fanboy….

US Congress passes the Brady Bill requiring a 5-day waiting period for handgun sales; the bill is named for Pres. Ronald Reagan’s press secretary who was left partially paralyzed by a bullet during an assassination attempt on Reagan.

16 Rejoice always, 17 pray without ceasing, 18 give thanks in all circumstances; for this is the will of God in Christ Jesus for you

Armed Citizen
A woman in Anderson, Ind., defended herself when an intruder broke into her home in the early morning hours of Sept. 29, 2021.
It all started sometime after midnight that Wednesday, when a man drove up and parked his car in front of the residence. The man, wearing a mask, then walked up to the home and began looking through the windows before forcing his way through the door and producing a weapon. His movements and actions were captured by neighbor’s surveillance cameras. The cameras also captured audio of the intruder talking once he entered the residence, saying, “It’s the police,” and asking for money.
Alerted by the intruder’s voice and the sound of the forced entry, the woman retreated upstairs and armed herself. When the intruder came upstairs, she shot the would-be burglar. She then ran to a neighbor’s house around 12:47 a.m. and called the authorities. When police arrived, they found the 40-year-old intruder dead in one of the upstairs bedrooms. As stated by Madison County Prosecutor Rodney Cummings in regards to the home invasion, “If you’re breaking into someone’s home in the middle of the night, if you don’t get shot or killed, you should feel fortunate.” (fox59.com, Indianapolis, Ind., 09/29/2021)